Skip to content
The Joven Orquesta Sinfonica de Valladolid (JOSVa) was created in 2003, thanks to the idea of its current principal conductor and founder, Ernesto Monsalve, and the efforts of several young entrepreneurs who had studied together. Under the support of the Foundation Eme, its example is that of an entity promoted from the civil sphere that has managed to place itself at the forefront of the young Spanish orchestras and at the head of other similar initiatives. Apart of that, it has also achieved this by gradually gaining the trust of public institutions such as Valladolid City Council, with which it has a collaboration agreement; private entities such as the Foundation Schola; and the media, such as Radio Television Castilla y Leon, with which it carries out most of its activity, which extends to the rest of the autonomous community, including regular programming in Palencia, Zamora or Valladolid. 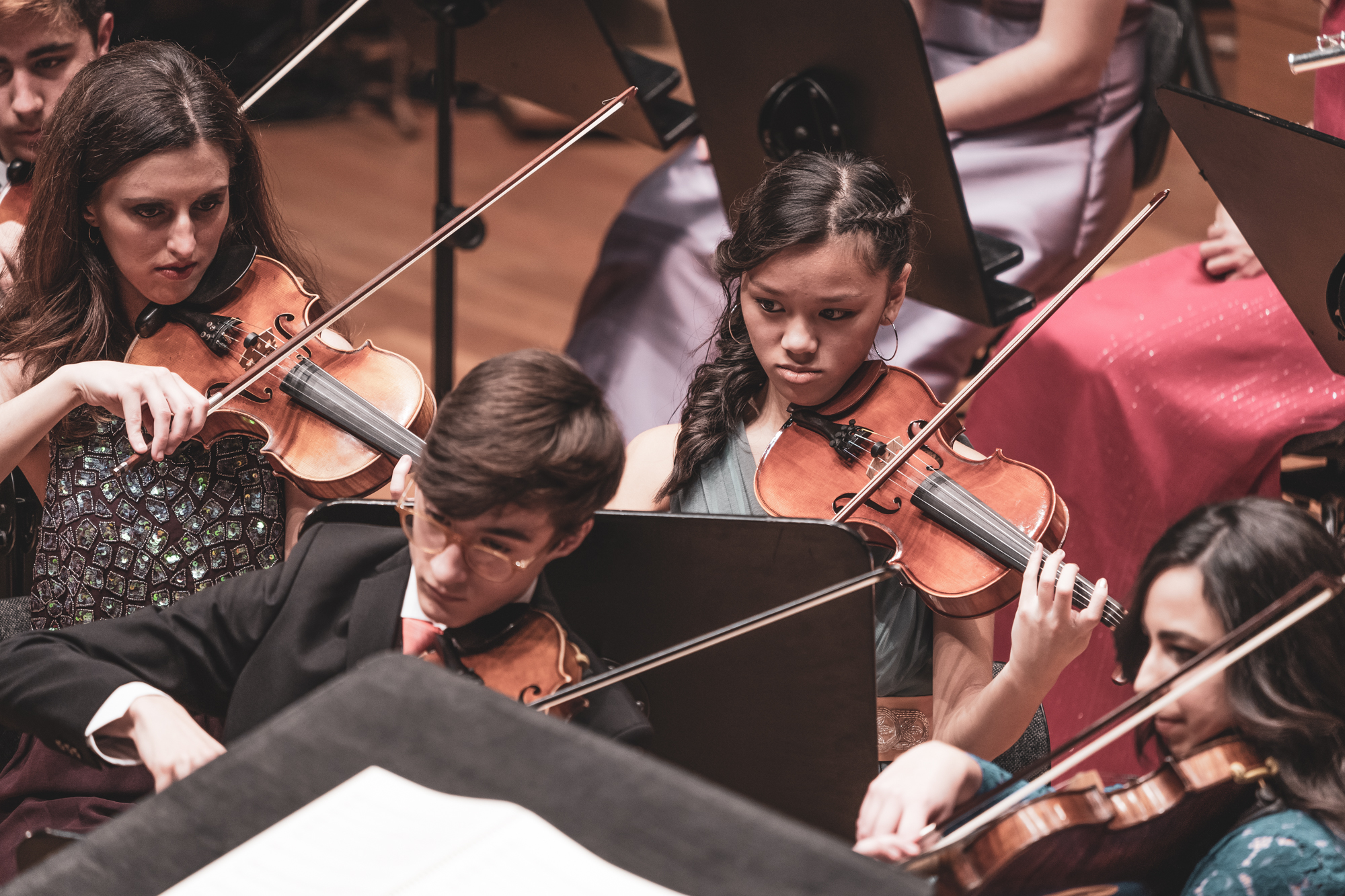 Composed of around 80 young musicians between the ages of 13 and 32, each year the JOSVa performs two large concerts that are broadcast by RTVCyL, and a musical tour of several days through different Spanish and European venues and auditoriums. it has achieved the pass of JOSVa through several places within Spain, such as the Basque Country, Catalonia, Valencian Community, Extremadura or Andalusia; and, outside our borders, to Belgium, Holland, Gibraltar, Italy, Hungary, Austria, Switzerland, Andorra or France among others. It should be noted the commemorative concert of Peace in the UN Human Rights Hall (Geneva); the tribute to the bicentenary of Giuseppe Verdi in his own tomb, in Milan, performing the “Va Pensiero” together with the Consul of Spain and the Director of the Casa di Riposo; the recording of an official  flashmob for the European Union, on the occasion of Europe Day; the commemorative acts of the Journey of Charles V from Flanders to Valladolid, offered in Ghent, the Royal Palace of Valladolid and the European Parliament (Brussels); or a concert in Disneyland-Paris, as part of the 25th anniversary of the amusement park.

It is also noteworthy the altruistic work of the group, which has helped to raise several hundred thousand euros for charitable and charity institutions such as Caritas, Aficrovall, Telefono de la Esperanza or Harambee.

In this sense, the JOSVa has, the honorary patronage of the mezzo-soprano Teresa Berganza and the theatrical businessman Enrique Cornejo, since 2012. Apart from them, since the celebration of the 10th anniversary in 2013, the actress Concha Velasco and the magician-illusionist Fernando Arribas.

In December 2018 the orchestra celebrated its 15th anniversary gala with a special Christmas concert in the Miguel Delibes Auditorium, a dinner that brought together former and current members and the publication of the book La JOSVa a través de sus protagonistas (The JOSVa through its protagonists), which distributed more than five hundred copies.

This website uses cookies to improve your experience while you navigate through the website. Out of these, the cookies that are categorized as necessary are stored on your browser as they are essential for the working of basic functionalities of the website. We also use third-party cookies that help us analyze and understand how you use this website. These cookies will be stored in your browser only with your consent. You also have the option to opt-out of these cookies. But opting out of some of these cookies may affect your browsing experience.
Necessary Always Enabled
Necessary cookies are absolutely essential for the website to function properly. This category only includes cookies that ensures basic functionalities and security features of the website. These cookies do not store any personal information.
Non-necessary
Any cookies that may not be particularly necessary for the website to function and is used specifically to collect user personal data via analytics, ads, other embedded contents are termed as non-necessary cookies. It is mandatory to procure user consent prior to running these cookies on your website.
SAVE & ACCEPT